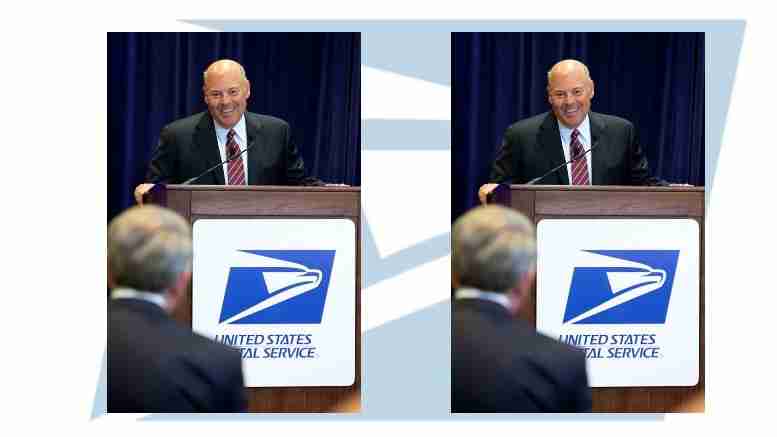 Louis DeJoy took the oath of office as the nation’s 75th Postmaster General on June 16, expressing optimism for the Postal Service’s future and appreciation for the organization’s employees.

“Together, we will put the Postal Service on a successful trajectory for generations to come,” DeJoy said during a ceremony at USPS headquarters in Washington, DC.

The event was held in a meeting room named for Benjamin Franklin, the nation’s first Postmaster General. Participants observed social distancing guidelines during the ceremony, which featured a small audience that included members of the Board of Governors and the executive leadership team.

Board Chairman Robert M. “Mike” Duncan administered the oath to DeJoy. John M. Barger, a governor who chaired the committee that selected DeJoy for the position, was also present, while the board’s other governors, Ron A. Bloom and Roman Martinez IV, participated in the ceremony through videoconferencing.

The board announced DeJoy’s appointment in May following an extensive nationwide search. He succeeds Megan J. Brennan, who retired last week.

DeJoy spent his 35-year career in logistics, including serving as chairman and chief executive officer of New Breed Logistics, an award-winning USPS contractor that supplied the organization with support for multiple processing facilities.

He is the fifth Postmaster General to join the Postal Service from the private sector since the organization became an independent establishment within the executive branch in 1971.

Earlier this week, DeJoy addressed employees in a video message distributed throughout the organization.