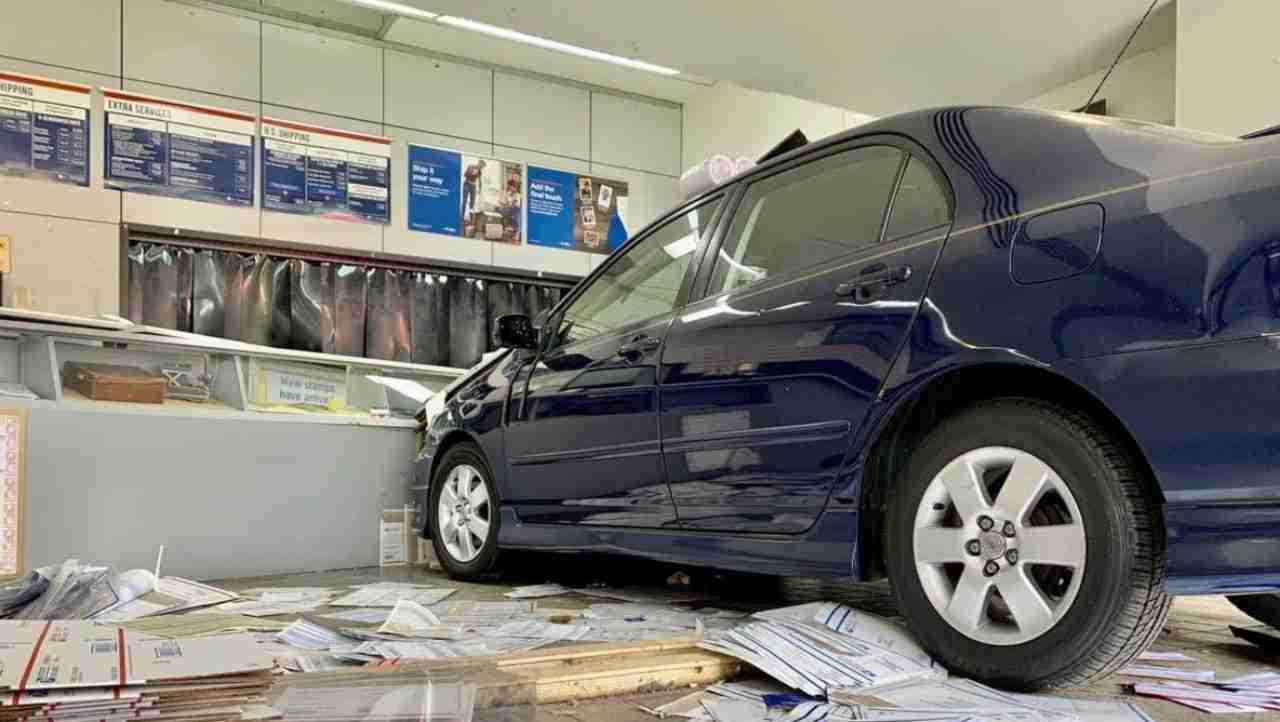 The Savannah Police Department is investigating after a car crashed into the Eisenhower Drive U.S. Post Office Saturday, resulting in one death and three injuries.

According to a preliminary investigation, 82-year-old Phyllis Champion was attempting to park her Toyota Corolla at around 11:45 a.m. when she mistakenly hit the gas instead of the brake. This resulted in the vehicle jumping the curb and driving through a glass window in the front of the building. Investigators say the vehicle hit three customers and one employee who were in building before it came to a stop.

According to the Savannah Police Department, 67-year-old Jessie Allen, who was a customer, died as a result of her injuries. Two other customers, 65-year-old Clyde Wilson and 64-year-old Glendora Baldwin, and an employee, 33-year-old Chantel Manley, were taken to a hospital for treatment. Wilson sustained serious injuries. The driver was not hurt.

The crash was determined to be accidental.